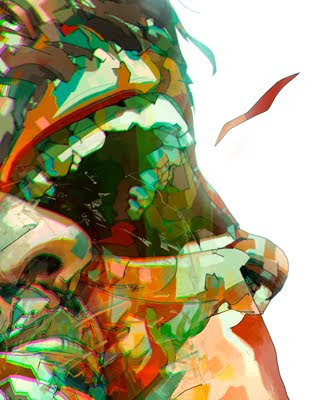 Para todos los lectores del ancho mundo, for all the blogreaders of anywhere in the world... a bit of INFO
Publicado por LuisNCT en 2:53 PM

THE U.S. CITIZENS HAVE THEIR BRAINS SCRAMBLED VIA FLUORIDE IN THE WATER & ALL THE ASPERTAME THEY CONSUME IN POP DRINKS, BUT THERE IS MORE.....

You see, Bush Sr., & Jr., Clinton, Reagan, Carter, Obama, Ford...ALL these presidents are in what is dubbed a SECRET SOCIETY called The Moloch Axis Demoniacs (i coined the phrase myself...Dr. A.P. and i don't use my full name because WHO knows WHAT sinister crap they'd do to me IF they found out?) or M.A.D. for short.

These people, and there’s obviously more of them (Cheney, Rumsfeld, Henry Kissinger etc.) than the ones mentioned, control KEY positions not just in government, business, finance, society etc. They not only perpetuate what will keep them in power today, but take steps to GRADUALLY erode MORAL, SOCIAL and FAMILY VALUES in society. This degradation is so gradual that it's like hair loss! You see it ever so slowly and you have to be a keen eye to boot!

For example, women in the workforce...they go to work so WHO takes care of the kids? Some goofs getting minimum wage who could care less about those kids. Family split apart because NOW both parents work and the cost of life itself purposely increased to perpetuate this separation. Kids grow up with NO moral/social/family values. Repeat this a few generations and before you know it, you have mindless zombies that don't know RIGHT from WRONG! The masses will be easily programmable to get in debt, and be anti-Christ-like etc. Add ASPERTAME, Fluoride in tap water, MSG and genetically modified foodstuffs to the mix and the process expands both rapidly & exponentially.

Also, the coming mark of the beast 666. Remember HOW it all used to be ca$h only? Then they introduced checks, then credit cards to get yourself in serious financial troubles, then ATM cards, and now that STUPID SWIPE-PASS card. What is the purpose of all this? To get people broken down enough and stupid enough through putting FLUORIDE in the drinking water and ASPERTAME in soda drinks/pop cans so we ALL can accept the 666 chip. So NOBODY can buy or sell or own ANYTHING lest he has the mark of the beast (anti-Christ) which is 666.

I can go on for days & days as to the subtleties and more examples but i think you all SEE the points i make here. It's all SUBTLE and GRADUAL negative changes day in & day out that these M.A.D. demons (because they are demonic and have placed their trust in demons in exchange for their souls and material possessions here on earth) are passing into laws in Canada, USA, UK, SPAIN, FRANCE etc.

PART 2
They are genetically modifying the food so that the REAL NORMAL SEEDS will eventually be extinct and the modified canola, corn, soy and cotton seeds will be the ONLY ones left. Genetically modified means that these NEW seeds that are in almost ALL USA store bought products have the herbicide, fungicide, pesticide and who knows what other toxins already in the seed. THEREFORE, when you eat that mishmash, WHO THE HELL KNOWS WHAT IT WILL DO TO YOUR INTESTINES OR HEALTH OVER TIME! And of course, the industry (i.e. Monsanto just to mention one) TELLS US.."Ohhh..it's ALL safe to eat jajajaja". SAFE TO EAT? Just look at the bees landing on these genetically modified crops and their stomachs are being ripped apart & THEY DIE! Yet you SEE HOW funny it is on TV/MEDIA that NOBODY, including the M.A.D. payed-off demonic scientists don't even whisper/mention the OBVIOUS that i just stated here?

Like i said, i can go on and on for days giving you more & more & more examples of the gradual demonic END GAME these M.A.D. are playing with us. But like i said, i think you all reading this get the picture. And by the way, i am a Dr. and guess what? I DO NOT WORK FOR THE M.A.D. OR HAVE SOLD MY SOUL TO A DEMON! But....i live in virtual poverty somewhere on this planet with a family to feed and barely scrape by. And IF you think that sounds bad, well, this AIN'T nothing compared to what the M.A.D. have in store for ALL of us in the aforementioned countries (and more) i listed. And again, ALL their moves are subtle and gradual like a chess game being played out with the regular folks as the pawns.

I sometimes WONDER WHY the regular folks in these countries NEVER do ANYTHING TO STOP these demonic morons? It doesn't matter IF you vote Republican or Democrat because from those 2 choices, they are BOTH a part of M.A.D. Same with Canada and their Liberal or Conservatives...same M.A.D. , and on and on and on. I sometimes wonder.....you NEVER see ANY of these M.A.D. criminals go to trial or imprisoned for fraud on the people yet IF little billy J-Walks across a busy street he gets a ticket he must pay! When will Bush Jr. & Cheney and ALL those involved in blowing up 3 buildings in Manhattan and blaming it on Arabs EVER be brought to justice? NEVER because when it FINALLY is discovered what they did, they'll be safely dead from old age and the vast majority of the people in the USA will be so brainwashed with NO moral/social/family values they will have already taken up the 666 mark and be worshipping the anti-Christ.

PART 3
Sometimes it makes one wonder WHY there are NO good people that will step up (with God as their guide) and put a STOP to the M.A.D.?? That is one of the BIGGEST questions i ask myself almost every day! Maybe people are SCARED? Maybe they are waiting for God to MAGICALLY do it all without realizing that God doesn't work in that manner.

I just HOPE somebody puts a STOP to M.A.D. or we are ALL going to be really in BIG trouble!

The above is a LOT to think about, believe me, i have been living it since 2005, and jobless to boot! And i am a Dr. so go figure?? But i WILL NEVER SELL MYSELF TO A DEMON OR THE M.A.D. so how about them cookies :)

Peace be unto you and please WAKE UP PEOPLE!
+Dick Cheney Loves the demon Moloch from hell and wants to destroy earth too! Just look at what his
Moloch Axis Demoniac controlled company HALLIBURTON did in the Gulf of Mexico with the offshore oil rig…need I say more? Cheney is RESPONSIBLE for the atmospheric CHEMTRAIL pollution program sprinkling toxic Aluminum & Barium Oxide to alter the weather and poison the plants, soil and people to make way for genetically modified foodstuffs to further poison us! STOP THESE DEMONS NOW!!!!!!!
http://pedromillan.blogspot.com/

Whoa! Luis, this one looks so cool! love the textures and colors... you are a Master!
It's even more amazing for the fact that it is associated with a great cause, it is a symbol of a manifest, and that has a lot of power. Keep it up!